The Moment of an Idea | K-12 Blueprint

The Moment of an Idea 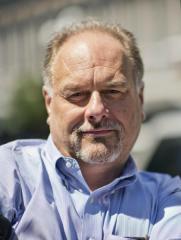 Sometimes an idea can make perfect sense and it’s recognized as the way.  Everyone jumps on board.   The person that came up with the idea is admired and congratulated.  Sometimes an idea just doesn’t resonate and it gets pushed to the side, destined to fade away and to be forgotten.

Not valuing an idea whose value is not readily visible is a mistake.  In fact, it’s a big mistake.

My belief is that all ideas can have a position of value in the processes associated with improving what school means for kids.  It might not be today, but it might be tomorrow, it might be in a week or perhaps even a year.  In an organization that values ideas, it is possible for any idea to become relevant at any time and at any moment.

My experience over the past five years with design suggests that this happens much more frequently than you might think.  Many times in the studio where I worked at CannonDesign, an idea left on a Post-It Note stuck to a wall, drawn in a sketchbook, written on a writable table, or typed in a Google Doc became the catalyst for jumpstarting thinking and innovative design.

Creative organizations understand that ideas are the currency of innovation and they don’t get worried about the labels of right and wrong and good or bad.  Ideas just are.  Creative organizations have a culture where a free flow stream of ideas is expected, and that a pool of ideas to draw from when the time is right is indeed right.  All ideas are valued for their potential, either now or into the future.

My experiences in educational leadership were the opposite.  An idea brought to table had to stand the test of each individual, with each person evaluating the risks of supporting the idea (or not supporting it) and how others would perceive their stance.   The next test evaluated the idea against the organizational culture and whether it would be palatable for the teachers union, parents, and so on.  As a result, there was a significant amount of organizational resistance that each idea was required to negotiate.  Ideas had to pass the “test of the table” and the social reality of politics and perception.

Consider becoming a defender of ideas.  Make the conscious choice to think differently about ideas and the timing of their value.  Avoid being that person that exists to defeat ideas so that status quo can be achieved. It’s too easy to say why something won’t work and why something that has never been done before isn’t something to try or even hold on to for another time.  Consider developing a lens that accepts an idea for what it is …a thought waiting for its moment.

David Jakes is a recognized leader in the educational technology field, focusing on using the design process to support the organizational growth, development and change required to create relevant and meaningful conditions for student learning in schools.  David’s thought leadership includes addressing the increased need to develop agile, connected, and personalized learning environments that support a contemporary education, and how the use of technology can be re-imagined to create boundless opportunities for learning.  Before his current position as an independent consultant and as the Director of Learning Spaces with the EdTechTeam, David spent almost three decades in education as a teacher, technologist, and administrator. David's design experience includes working as a Digital Designer and Strategist for CannonDesign and The Third Teacher+, a leading architecture firm and learning space consultancy.   David is a frequent presenter at national and international educational conferences where he speaks about the power and promise of a new expedition for learning, and the roles that all educators have in shaping that journey.