BYOD: A Four-letter Word for Parents and Schools? | K-12 Blueprint

BYOD: A Four-letter Word for Parents and Schools? 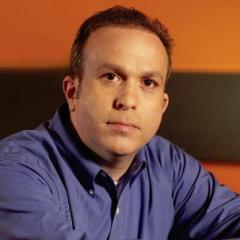 As local schools continue to find creative ways they think can stretch budget dollars, we as parents may be experiencing the “Bring Your Own Device” fad growing in your community. In fact, many publications have written about adoption strategies (such as the following tip sheet or this micro-site). There are even resources to help address some of the challenges that schools face with BYOD, such as the following article or tip sheet. 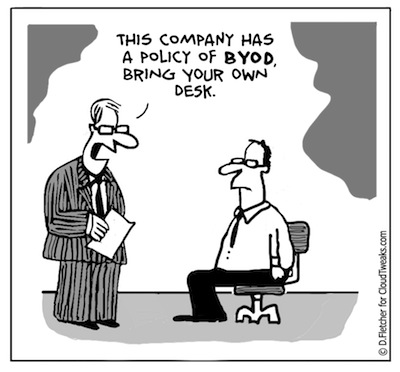 The fascination for BYOD continues to expand, as schools believe they lack the necessary budgets to afford devices for all children. Let’s face it, in theory it appears much easier to pass that financial burden onto someone else rather than the school. But in discussions, I have yet to find a district that, if budgets were no concern, would consider a BYOD model to be the most instructionally sound or equitable.

BYOD has not only done more to re-emphasize the digital divide that exists in our schools, but it is introducing a whole host of issues that schools and many of the industry leaders have failed to truly consider, or are prepared to address.

BYOD a Problem, Not a Solution

Before I get into the reasons that BYOD will fail to be the magic bullet for education, I want to debunk the belief that schools cannot afford to adopt 1:1 learning models within their existing budgets. Some of the recent research from ProjectRED has confirmed that, when adopted properly, 1:1 programs can save, on average, approximately $450 per student annually. But the key words are “adopted properly.” The ultimate goal for any 1:1 program is that it be both financially sustainable and academically effective. The problem is that not enough of these programs exist.

Unfortunately, most 1:1 programs are device-centric – they already decide on a laptop or tablet long before they have considered the instructional goals, the correct digital tools to support those goals and then the decision about what technology will be able to support those tools. They may not realize their device choice doesn’t access 25-50% of the content and tools they want to use.

But if the charm and quick-fix approach of BYOD still appeals to some officials in a local school system, I encourage them to consider some, if not all, of the following issues. Whether focusing on social-emotional issues, privacy, cost, or reliability, each of these will impact a school adopting BYOD, much of which can have negative consequences. While this list could go into further detail (i.e. security, networking), I have opted to focus on a few academic, financial and legal considerations:

I’m aware that there are some educators and technologists who would object to my opinions, but I welcome a healthy debate on this topic. Most school systems I’ve encountered with BYOD to date were mostly affluent who assume the parents “can afford it.” My concern isn’t simply about budget, but about the health and welfare of the student, just as I would not support high school football players using a Bring Your Own Helmet program.

But there is a solution that can work for schools, and proactively address the financial concerns that many schools. I call it PYOD…..Pay for Your Own Device. The school system negotiates and purchases/leases the technology, so families benefit from economy of scale, lower software costs, full warranties, accidental damage, loaner devices and the ability to fully control and scan the devices. The stigma is also eliminated as everyone in the class has the same exact device. CIPA compliance is maintained and privacy worries are resolved using existing policies.

When it comes to payment, schools can create a process and policy that allows those that cannot afford a device to receive one for free, those who can afford it pay a monthly or annual rental fee, and those families in the middle can benefit from a sliding scale, with some of the costs being supported with local tax dollars. At HP, we and our partners have done such mandatory and “highly recommended” programs at colleges for over a decade and the response has been very positive.

While I still believe that through proper planning, following the 1:1 planning guide offered by ProjectRED, at least exploring a PYOD model will ensure equity and eliminate many of the problems inherent with the growing BYOD fad.

While it’s very clear that consumerization is having a direct impact on technology use in schools, it doesn’t necessarily mean that we should be sending families off to the mall or a big box retailer to decide the best fit for our classrooms. Let’s leave that to the local educators. Encourage your local school to share their answers and policies for all of these issues, or perhaps reconsider the entire BYOD model with more sound ones.

DO YOU AGREE? DISAGREE? HAVE SOMETHING TO ADD? WEIGH IN USING THE COMMENTS BOX BELOW.

Elliott Levine is Americas Education Strategist for Hewlett Packard. There he works with schools and universities to support major educational technology initiatives and was co-inventor of the HP Personal Learning Engine (US PTO PCT/US2013/062777), an effort that has him featured as one of three employees at www.hp.com/go/jobs. He holds a Masters in Communication and Performance Studies from Hofstra University, where he was also an adjunct professor. A former K-12 official and regular public speaker, he has worked for and launched startups in the education and marketing industries. You can learn more about him at www.linkedin.com/in/elliottlevine/.