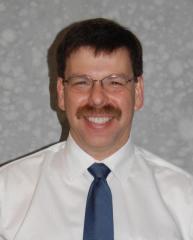 At the heart of many school district discussions is the belief that we must change versus the constraints we feel that prevent us from changing.  We know that 99% (or more) of the people who are professionals in education work in this space because they are committed and capable people who give entirely of themselves for the benefit of students.  These same people will rail about how what we are doing for students is not ideal, but when we discuss transformative ideas that address those challenges, we begin to hear all of the reasons why it can’t be done.

The Decision for Change

Change is hard, however, it’s important to understand that first we have to allow for change before we can actually begin to effect change.  Here’s the distinction:  Once you make the decision for change, there are many approaches for actually implementing the change.  In our district, we approach this with supportive coaching, exemplar videos, and an understanding that for the person making the change, Fear, Uncertainty and Doubt are usually the biggest barriers.  But, before a decision can be made for change, we have to actually accept that we can make the change.  Too often, ideas are discarded prematurely because we mistakenly believe that we just can’t do them.  This is where some of the hardest work is done and where strong leadership is vital.

Choosing Between Artifacts and Absolutes

How often have you heard something like this?  “I know that we need to do this, but that’s against our policy (or the law).” Here’s another one- “Well, we’ve always done it this way.”  Or, my personal favorite, “I’d make that change, but I’ve already printed the schedule.”  I’ve heard them a bunch, and I’m certain you have, too.  What matters is what you do next.  If you just accept the response, you shouldn’t be surprised when things don’t change.

These notions, as Dr. William Cook of the Cambrian Group explains, are all Artifacts.  They are man-made, which is a nice way of saying we have done them to ourselves.  In some cases, they aren’t even true, but the belief that they are is actually the artifact.  Books, keyboards, schedules, school classroom layouts, neckties, CIPA, libraries comprised almost entirely of books, and the 180-day school year are all artifacts.  Artifacts are different from Absolutes, but we often confuse the two.   Absolutes are things that we cannot change.  When people think that artifacts are absolutes, they become victims, subject to those things which are imposed on them.  People that understand the difference are revolutionaries.

My advice?  Change the policy (or the law).  Do things a different way.   Reprint the schedule.  Put MakerSpaces in libraries.  Going further, challenge the status quo if it isn’t working the way that it needs to be.  No doubt, you will eventually encounter roadblocks with people who understand that something could be done, but they lack the will to do it.  At least then we’ve properly identified the problem.  More often, though, when you show people that they hold the keys to the chains that bind them, it frees them and empowers them to help others.  As a practical measure, start by approaching problems from the perspective of, “How could we…” instead listing the reasons why you can’t.

I challenge you to think about this and create a list of absolutes.  Maybe you can do better than me, but I warn you, the score is like golf, not basketball.  I’m at 3 things right now, but I’m still working on it.

Kevin Schwartz serves as the Chief Technology Officer for Clear Creek ISD, home of 41,000 students, NASA, and the Latitude 2 Learn 1:1 tablet computer initiative and he brings 20 years of experience in K-12. He is also Chair of the Texas K-12 CTO Council and actively serves on the CoSN SEND and SmartIT committees. Kevin is a frequent presenter on a broad range of education technology topics and is a consultant to school districts that seek transformational changes in learning through technology.