Ed-volve or Ed-perish: The Science That Will Deliver the Future | K-12 Blueprint

Ed-volve or Ed-perish: The Science That Will Deliver the Future 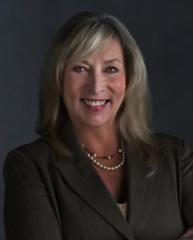 It’s not news that the evolution of education technologies and models of transformed learning are moving at the speed of sound.  “Machine Learning”, (The Economist, July 22-28, 2017) jolted me into the certainty that—regardless of educators’ embracing and meaningfully engaging technologies—the ecosystem will successfully evolve without them.

This is about using new software to alter how learners and teachers best use their time. It is not about infusing technology into the usual way that schools do business. Artificial intelligence (AI) is helping design new ways of education: specifically, having machines learn about the student by analyzing data unleashed in the learning process. Simultaneously, psychology and cognitive science research give us fundamental insights into how learning happens.

Having these insights and innovations inform both software platforms and learning behaviors has proved wildly popular. There are numerous programs being developed worldwide that identify learners’ unique patterns of success and mistakes. DreamBox Learning, ALECKS and Knewton are leading US brands. Siyavula Practice from South Africa is used in nearly 400 schools serving 32,000+ students. Meanwhile, 415,000 learners in Sao Paulo’s public schools use Geekie Byju’s (one of Zuckerberg’s/Chan’s investments) that employs voice-recognition for English Language Learners. Virtual peers now exist (Alex) using speech recognition and the ability to adapt to a child’s cultural vernacular and dialect. Some of these companies pay close attention to psychological and cognitive research.

Studies have emerged examining the efficacy of edtech, psychological and cognitive approaches in combination.  J-PAL at MIT, for instance, did 41 studies. They compared students who used adaptive software with those taught in a traditional manner. The software groups scored higher than their non-edtech counterparts. (The J-PAL group seeks evidence around what works and what doesn’t in relationship to mitigating the effects of poverty.)

Of course, published research doesn’t always portray the bigger picture. There is an ever-increasing number of studies that educators need to attend to in order to best predict and deliver the future. When the participants of a study do not follow the researchers’ guidance and direction in application, the results may not point to any conclusions. Conversely, when they do as directed, results are discovered. Dreambox Learning has such examples in their wheelhouse.

And reformers are ditching the traditional digs and starting their own schools: fusing them with transformations powered through a personalized approach and robust AI software. AltSchool has seven lab sites in California and New York.  They use portraits of the learners’ academics and social skills and use a playlist to access resources and do school work. Surprisingly and impressively, the screen time at these schools is 20-30% of the day. Learning is primarily based on projects and collaborative work among students. Teachers in AltSchools spend more time analyzing learner data points and providing personal guidance instead of marking papers/tests and planning whole class lessons.

Many other schools and reform entities have popped up – mostly on the east and west coasts.  Their model (similar to those described above) is being continually tested for their effectiveness of transitioning to personalized digital learning. It is unknown how well the model will work once it is more widespread as there are other variables for which to account (such as teachers’, parents’, and caregivers’ attitudes toward the changes). The new platforms provide a lot more information about learning and performance than the traditional report card. What will be the upshot of that? How can we best plan for it?

The final paragraph of the article sticks with me: “If schools can combine personalization and rigor it is hard to imagine pupils failing to benefit. Education software is not making teaching obsolete. If anything it is making the craft of teaching more important.”